Where You Can Order Fluffy Souffle Pancakes in Manila

Aren’t we glad that the global food scene is booming and people are getting more and more creative with food? Japanese fluffy souffle pancakes are taking the world by storm, and it’s easy to say why. Pancakes are a breakfast staple we wish we could eat all day, they’re filling, and, now that they’ve evolved into fluffy things, they’re also even more Instagrammable than they’ve ever been before.

Look at that jiggle and get a taste of that melt-in-your-mouth goodness — almost as good as our favorite Japanese jiggly cheesecakes. If you want to know what the hype is all about, we’ve listed places in Manila where you can tick off from your bucket list the goal of finally tasting the famous Japanese fluffy pancakes.

While we aren’t yet over how good and milky-creamy Tokyo Milk Cheese Factory’s Cow Cow soft serves are, the Japanese Hokkaido brand hits us with the news that they’re opening a proper café in the country. Last December, the café’s first branch in the Philippines opened in the fairly new Ayala Malls Manila Bay, and in early January, another store opened in Estancia Mall in Pasig. While they serve a variety of savory food (omurice, sandwiches, pasta), the star of the show is the light, airy, fluffy pancakes that jiggle slightly as they land on your table. TMCF serves these fresh and made from scratch, the homey vibe is definitely there at your warm first bite. You can get their fluffy pancakes plain or drizzled in maple syrup, chocolate, or berry syrup.

Once you see Puffy’s Souffle Pancakes, you’ll be overcome with the irresistible urge to scream “It’s so fluffy I’m gonna die!” a la Agnes in Despicable Me. The Taiwanese brand’s pancakes are literally so fluffy, pillowy, and soft as clouds. Make no mistake, it’s dense and heavy on the stomach but with exciting flavors like Milk Tea, Oreo, and Crème Brulee, you’ll find you won’t mind eating a second serving, or a third. You can watch the crew make the cute pancakes and flip them over to perfection. It also doesn’t hurt that Puffy’s pancakes are affordable!

Those who have visited Osaka and planned out an itinerary would most likely know that Gram Café and Pancakes is a must-visit for brunch. The café is so famous for its soft and jiggly 3-stack pancakes dusted in powdered sugar and drizzled with maple syrup that they have a strict schedule of serving them. In Manila, the same rules apply: there will be 30 stacks of Premium Pancakes made every 11 AM, 3 PM, and 6 PM to ensure the freshness. When the brand opened its first branch in the Philippines last February 7, we were more than delighted – no more flying to Japan needed! But you still ~maybe~ have to fall in line for a taste.

Motto Motto might just be your next favorite Japanese resto. The name literally translates to “more more,” a sign that once you plop on a chair inside the airy restaurant, you’ll be wanting more than just a fluffy pancake. Motto Motto’s fluffy soufflé pancakes are perfect for that early morning breakfast fix before work (they open at exactly 8 AM), it comes with a side of red bean jam, syrup, and matcha butter. If you’re still hungry after that, you can peruse their extensive menu which contains all your Japanese cuisine favorites: maki rolls, teishoku sets, sashimi specials, nigiri omakase, and more.

Le Petit Souffle’s inviting garden interiors isn’t the only great thing about the French-Japanese bistro. They offer sweet and savory comfort food from noodles, bread, steaks, mac and cheese, to various drinks. The restaurant name itself is a dead giveaway – they serve soufflé pancakes you can get in classic, matcha, cream cheese, and strawberries and cream.

READ MORE: Where to Go for Desserts in Makati

Wildflour Café + Bakery is a known breakfast/brunch haven. They’ve got everything from healthy fruit bowls and fresh juice smoothies, to heavy fried chicken and waffles and the signature Wildflour Breakfast of eggs, crispy potatoes, and breakfast sausage. But we’re here for the fluffy pancakes. They might not be as thick and jiggly as the others in this list but the mamon-like consistency and the size make up for the lack of height. Wildflour fluffy pancakes are made of lemon curd topped with mixed berry compote or just a simple dusting of sugar. Order one for breakfast and you’re set for the entire day!

Missing Your Suki? Here’s Where You Can Order Kakanin Online 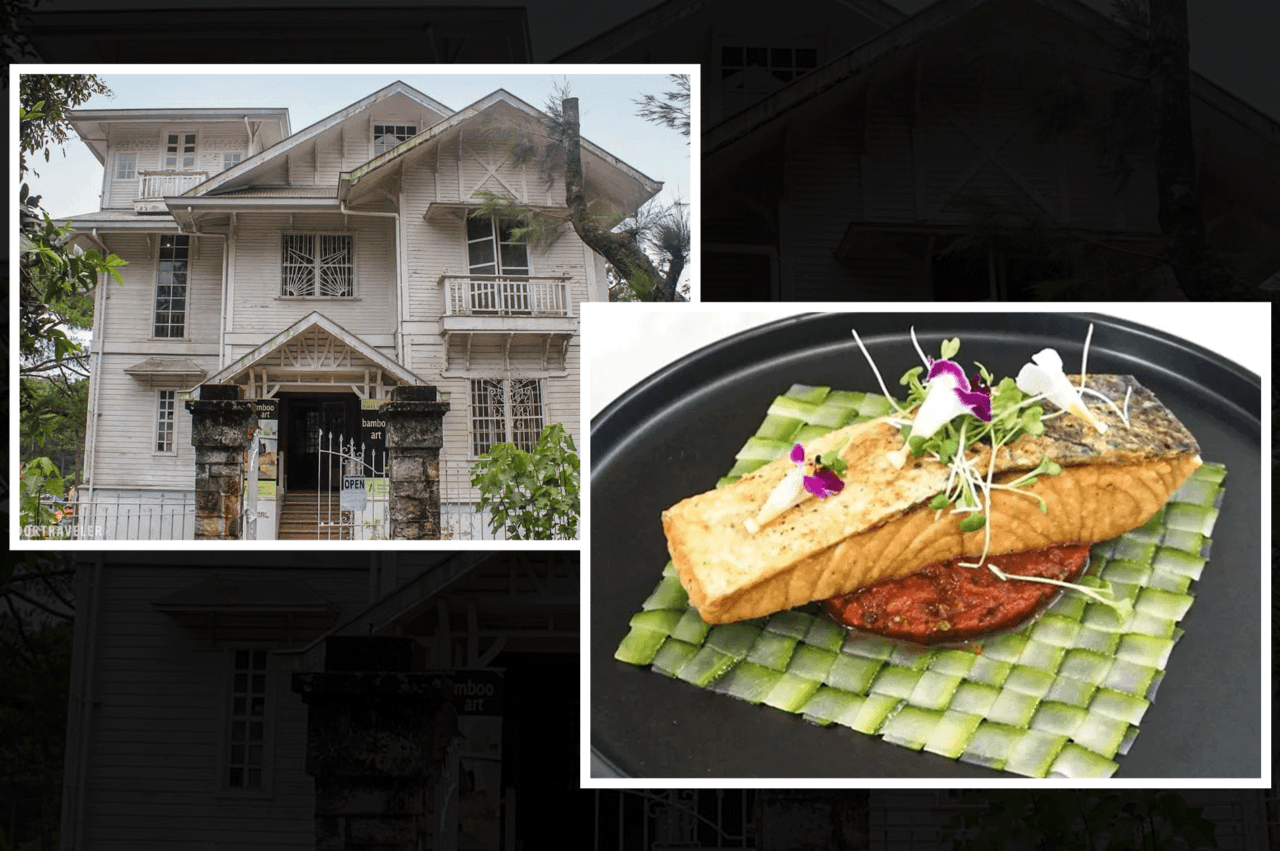 From haunted to haute cuisine